One in Nine Mortgages at Risk of Foreclosure?

One in nine homeowners with a mortgage was at risk of losing his home in the first quarter, according to the Center for Responsible Lending.

CBS Marketwatch reported on the latest grim foreclosure news today.   In 2003, only one out of every 32 mortgages was at risk.

Mortgages are considered “at risk” if payments are 60 days or more past due or they’re already in foreclosure, according to the group.

While the current number of at-risk borrowers is still high, the Mortgage Bankers Association this week released statistics that showed delinquency and foreclosure numbers may be improving: 12.31% of mortgages were in foreclosure or had at least one payment past due in the first quarter, but that’s down from 13.6% in the fourth quarter and 14.01% a year ago.

Next Post: Home Foreclosure Stress Reduced By Getting the Right Help 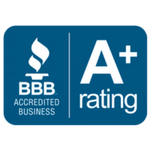